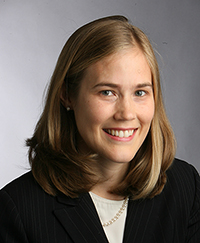 Rosanna (“Rose”) Cavanagh is the executive director of the Weekapaug Foundation for Conservation. Prior to joining the staff of WFC in 2015, Rose was a volunteer with Save the Bay at the South Coast Center in Westerly. She has also served as the Executive Director of a New England wide non-profit corporation based in Providence, the New England First Amendment Coalition. Formerly of the corporate group of Boston-based law firm Ropes & Gray, where she concentrated in public finance and private equity work, she also was active in the Boston community as a board member, treasurer and co-chair of the fundraising committee for Everybody Wins MetroBoston, a literacy and mentoring organization. Rose received her JD-MBA from Cornell Law School and Cornell’s Johnson Graduate School of Management, with concentrations in business law and regulation and investment banking. She was an Associate and then Editor of the Cornell Law Review. Rose got her start with non profit organizing at Harvard University, where she received her BA in History, by directing two non-profit ventures and founding a third with the help of the BELL Foundation. Rose lives in Providence with her husband and three children, but has frequented Quonochontaug in the summer months for more than a decade.